This past Saturday, Waldorf community members of all ages gathered for our annual Alumni Basketball Games and Community Three-Point Contest.

The day began with our Women’s Alumni Game, where the alumnae faced off against members of the varsity girls basketball team. The game was close throughout and came down to the wire, but the alumnae were able to get the win with a final score of 31-29.

The Community Three-Point Contest followed with 30 contestants including alumni, alumni parents, current parents, and current students. The contest raised $300, all of which will benefit The INN (Interfaith Nutrition Network) in conjunction with our Martin Luther King Jr. Day of Service on Thursday, January 16th. We wrapped up the day with our Men’s Alumni Game. Alumni of all ages were split into a white team and a blue team and all players fought hard to the end. Ultimately, the white team pulled off a narrow victory with a final score of 57-55. Way to go to all the alums who played in both games on Saturday!

It was an exciting day which made for some amazing memories, thank you for being a part of it! See more photos below. 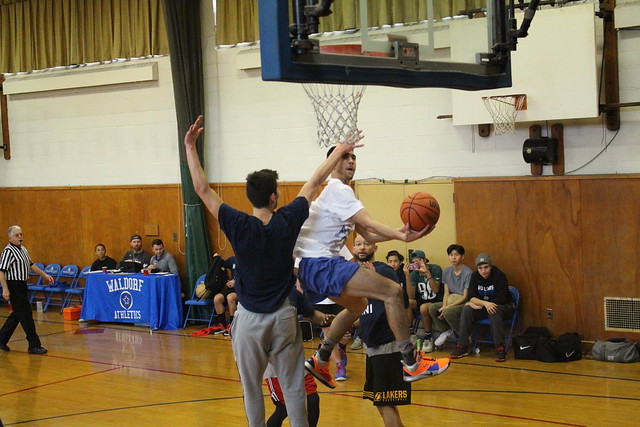