The Waldorf School of Garden City was home to a whirlwind of activities from October 19th to the 21st. Parents, Alums, and Students all came together to celebrate the fall season as a community and enjoy a variety of fun and informative activities. The weekend began with The Waldorf Symposium – Alumni Paths to Success. This incredible gathering saw eleven alums representing classes between 1973 and 2013, return to share their journeys and wisdom with our current high school students and families. After a continental breakfast, sponsored by the Board of Trustees, the alums took the stage to address the crowd of over 100 guests in Bonner Hall where they described how Waldorf prepared and guided them along their paths to personal success.  Kathy Anderson, M.D. ’97 explained how, “[at Waldorf] you are being taught skills that will cultivate your resilience as you grow.” Max Novick ’13 echoed this sentiment explaining that the School prepared him to recognize and take advantage of the opportunities he was given. “[Success] is more like riding a wave…opportunities came, and I was ready for them,” he said. After the panel, the alums met with small groups of seniors and juniors to discuss in greater detail their personal and professional journeys after Waldorf. These groups allowed students a more direct opportunity to ask questions and learn from their predecessors. While each alum’s path and story was unique, they shared one commonality, they all blazed their own trails and had the capacity to think and plan for themselves, rather than simply follow common wisdom. “[People] always say to think outside the box,” said Eric Mills ’84, “forget that, we build the box!” 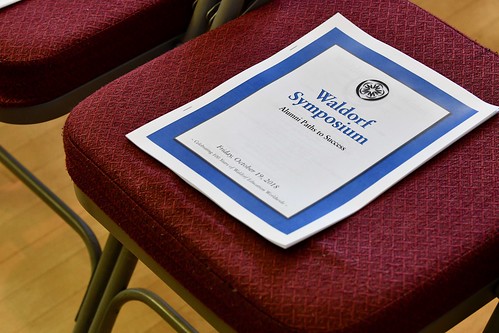 That evening, alums met at Prost Bar and Grill in Garden City for the School’s annual Alumni Gathering. This was a great opportunity for graduates of all ages to reconnect and reminisce about their time at Waldorf. The night was filled with recounting fond memories and expressing gratitude for the School that helped make them who they are today. Saturday brought the 39th annual Fall Fair. The entire community spent a day filled with friends, food, and fun. Across the grounds, children were seen playing, crafting, singing, and dancing. Young children were able to enjoy carnival games, jump-rope making, arts and crafts, as well as the annual puppet play featuring a classic native folktale presented by the Early Childhood Faculty. For the older children there was an obstacle course, music, and games, and for the adults there were plenty of craft and food vendors to explore. The annual Alumni Soccer games also proved to be a crowd pleaser as alums and students competed in intense bouts of skill. The day proved to be a huge success and served as an important fundraiser for the Parent-Teacher Association.

Sunday concluded the weekend’s festivities with the Alumni Farewell Breakfast where our alums had one final opportunity to connect before returning to their regular lives. They took the opportunity to remember their fellow classmates who had passed and shared happy memories of their friends from School. They left knowing that the ties of their Waldorf Education will connect and sustain them, and those who follow them, for a lifetime. 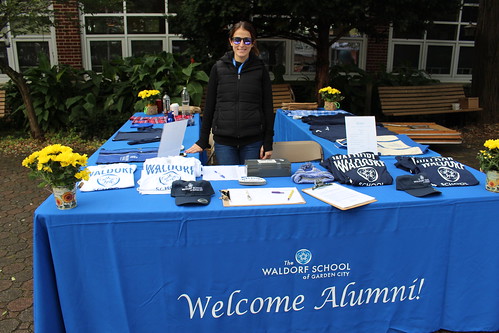