On Friday, March 1st and Saturday, March 2nd The Waldorf School of Garden City High School put on their production of The Drowsy Chaperone.  Directed by the School’s Music Teacher, Mr. Andrew Fallu, and produced by Ms. Erin Fitzgerald, the show featured a talented cast of high school students supported by a dedicated stage-crew and pit band. View the full cast and crew list here. Ms. Fitzgerald, expressed her pride and gratitude in all the hard work and dedication of all involved, both the students and anyone else who helped make the show a reality.

“From the first rehearsal to the final performance, the cast and crew put their hearts and souls into this production.  They quickly became a community of performers– learning their lines and dance steps, singing and building sets together.  Their work, along with that of Mr. and Mrs. Somers and Ms. Gallo, brought the fabulous set to life. Thank you!  All in all, I was amazed by the culmination of everyone’s hard work –a truly terrific show. ” -Erin Fitzgerald, Producer

The show was a complete success, drawing full crowds for all three performances. Audience members left the show impressed with the quality of the production, and praising the performances of the students involved. After the show, parents, students, and staff members could be heard raving about the many musical talents of the performers, and the leadership on display by the show’s director.

We would like to congratulate all involved on an amazing show and we eagerly await next year!

Click Here to learn more about the Music Program

Enjoy photos from the shows in the gallery below. Thank you to Iwonka Piotrowska for the photos! 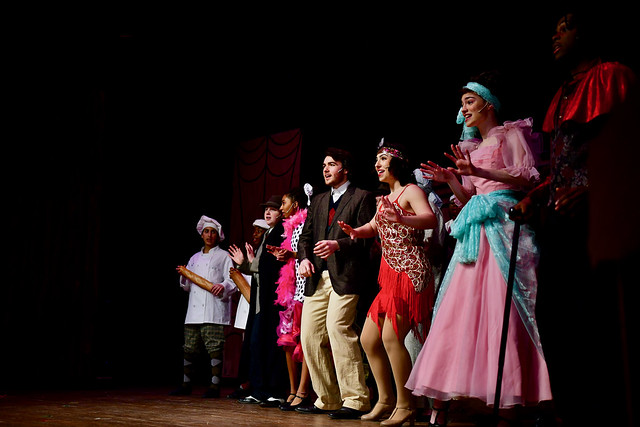